Microservices are a relatively new software architectural style that promises to improve scalability, resiliency, and maintainability.

In this article, we’ll talk about the benefits of microservices architecture and how it can be used to deliver larger applications.

What is Microservices Architecture?

In a nutshell, an independent microservice is an autonomous application that implements part of the business logic on its own. A collection of microservices work together to provide the functionalities needed by your business capabilities. Microservices architecture is a distributed application design, which means that the application is split among different computers. These computers are called nodes and form the system where microservices are deployed.

The nodes are in charge of handling requests and coordinating the work between them by using client-server communication and asynchronous messaging to exchange data. When an operation needs to be performed, one node serves as a client and sends messages to other nodes that act as servers. The nodes, in turn, send information back to the client.

The nodes are distributed and are connected by different types of networks. The most common ones include a wide area network (WAN), a local area network (LAN), an intranet, and an extranet.

How is Microservices Architecture Beneficial?

As we mentioned above, the microservices architecture gives each simple service to be individually developed and maintained. This means that each service was developed and written independently of other services. The distributed nature of this software architecture allows you to change the system’s workflow. As a result, countless applications are being released each month.

Microservices Architecture also solves scalability problems by increasing the number of instances that a system can handle simultaneously. You can use the microservice style to increase your application’s throughput and handle more requests than ever before. Creating new microservice instances is much easier than that a monolithic application. Therefore, it can be adapted to changes in business requirements more easily. Furthermore, if one microservice becomes a bottleneck, you need to create another service instance and add it to the pool. This will increase the capacity of your system and speed up operations.

The architecture also has additional benefits, such as better maintainability and support for continuous delivery and deployment techniques.

Each microservice is developed and deployed independently. This allows for more control over the features being developed and released.

Microservices facilitate scalability by allowing you to add instances of a service. Thus, you can increase your application’s throughput and handle more requests than ever before.

Because microservices are deployed across multiple servers, they can operate if one of them fails. Moreover, because they are independently developed, tests and features can be added without affecting other system parts.

Microservices are more flexible than standard software because you can change a single service without affecting the entire application. As a result, you can more easily adapt your application to changing business requirements.

Because each service is independent, you can use different technologies for each one. This helps you fine-tune services based on how much processing power and memory they require.

Microservices are hard to develop because coordinating between teams and applications can be complicated.

As with any distributed system, scaling microservices is a long and laborious task. Each service has to be designed to scale independently and efficiently.

Because microservices are distributed throughout an architecture, you must ensure that each service is typing of configuration in the same way throughout your system. This is extremely tedious if you need to scale your system or if you want to update some features on multiple services.

The autonomy of services makes testing them harder because they are not part of a monolithic application. This means that you have to test the interfaces between the various microservices rather than unit testing one single application.

Microservices are more expensive to develop because of the number of resources they require.

Because each service is developed parallel with others, it takes longer to develop and test them.

The concept of microservices was first introduced by Netflix archaic when it used the microservice architecture in its Netflix Prize for developing an API gateway (application programming interface).

In 2009, Google also experimented with the concept of microservices architecture. The company released Glue, a “software container” containing several applications and services. These were then executed using lightweight workers. 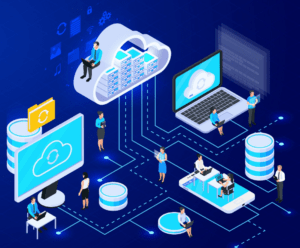 In 2011, Amazon started using this concept in its AWS cloud computing platform and released the ability to define containers containing smaller individual components called “services.” In addition, it started the AWS Serverless Application Model (AWS SAM) and implemented a way to define “functions.” These functions were then distributed across multiple servers.

In 2012, Netflix developed its first microservice application to support its streaming application. It was called “Eureka” and was used to keep track of all of the different devices that could browse the Netflix website.

The deployment of microservices architectures is on the rise.

Although it is technically difficult, it combines the best of both worlds. There are many small applications (each with its processor) that can communicate reasonably with each other. This architecture allows for more agile software development, easier maintenance, and better scalability.

One key advantage of microservices architecture is that you can easily assume full responsibility for your part, which makes development easier and faster.

How to Implement Microservices Architecture?

Modern technology stack is designed to integrate with other systems easily. A microservices architecture requires less operational complexity overhead on the organization’s side but more from a development perspective.

Each microservice is autonomous and can work independently, but they are not allowed to share any code or databases. So how can they communicate? Microservices use web service APIs to share data between them. The main advantage of using this approach is that a new database version could be implemented without affecting other services. Each system must interact through a well-defined API, which adds a certain layer of complexity.

Another way to implement microservices is to use message queuing systems like Kafka. It enables microservices to send high-volume messages to each other. The development of the message queuing system is done in a separate project and does not affect the main product that is being developed. This solution allows for easier scalability, but it requires additional complexity coordination between teams working on different services.

Monolithic architectures are simpler to use and provide large blocks of functionality. But they are also more difficult to change. Microservices offer greater flexibility, but they have less operational overhead.

Microservices architecture can be confusing for newcomers because it requires an extra layer of coordination between teams, especially when multiple teams work on the same product.

Advantages of Microservices over Monolithic

– As discussed above, a microservices system is scalable.

– It is clear to the team members that each service’s purpose is.

– It is easier to scale an individual service.

What are the Challenges of Microservices Architecture?

Although microservices architecture has many benefits, it also contains some challenges. These include the high initial cost, preventing organizations from choosing this architecture. It’s very difficult to implement this architecture in existing systems, making it hard to introduce it into your existing software components. There are also instances when teams working with individual microservices have difficulty communicating and integrating their codebases.

Some of the other challenges you might encounter include integrating all microservices into a single application. This is not only a challenge for large systems but also medium-sized ones. You’ll have to find a way to create an abstraction layer between the different services of your application. This can be not easy, especially if multiple teams develop different services. The second challenge is related to security. When using microservices, you’ll have to ensure that data from other services isn’t compromised.

This can be done by using virtual firewalls and ensuring that the communication between the microservices is secure. Another challenge involves monitoring microservices. Managing thousands of microservices often means managing hundreds of systems, which can be a challenge in itself.

Microservices are a great innovation – they provide greater developer agility and make it easier to change systems. They also offer scalability and speed because they’re faster to deploy.

However, this kind of architecture requires extra effort on behalf of the company in terms of microservices of managing systems, communicating between teams, and ensuring data security.

Get in touch with Cloudstorks if you would like to inquire further about our IT service offerings or organize a free consultation session with one of our cloud specialists.

What is a Dockerization, & How is it different than a Virtual Machine

Waterfall vs. Agile vs. DevOps – Which Production Method is Best?

[…] More: Microservices Architecture | What Is A Dockerization, & How Is It Different Than A Virtual […]